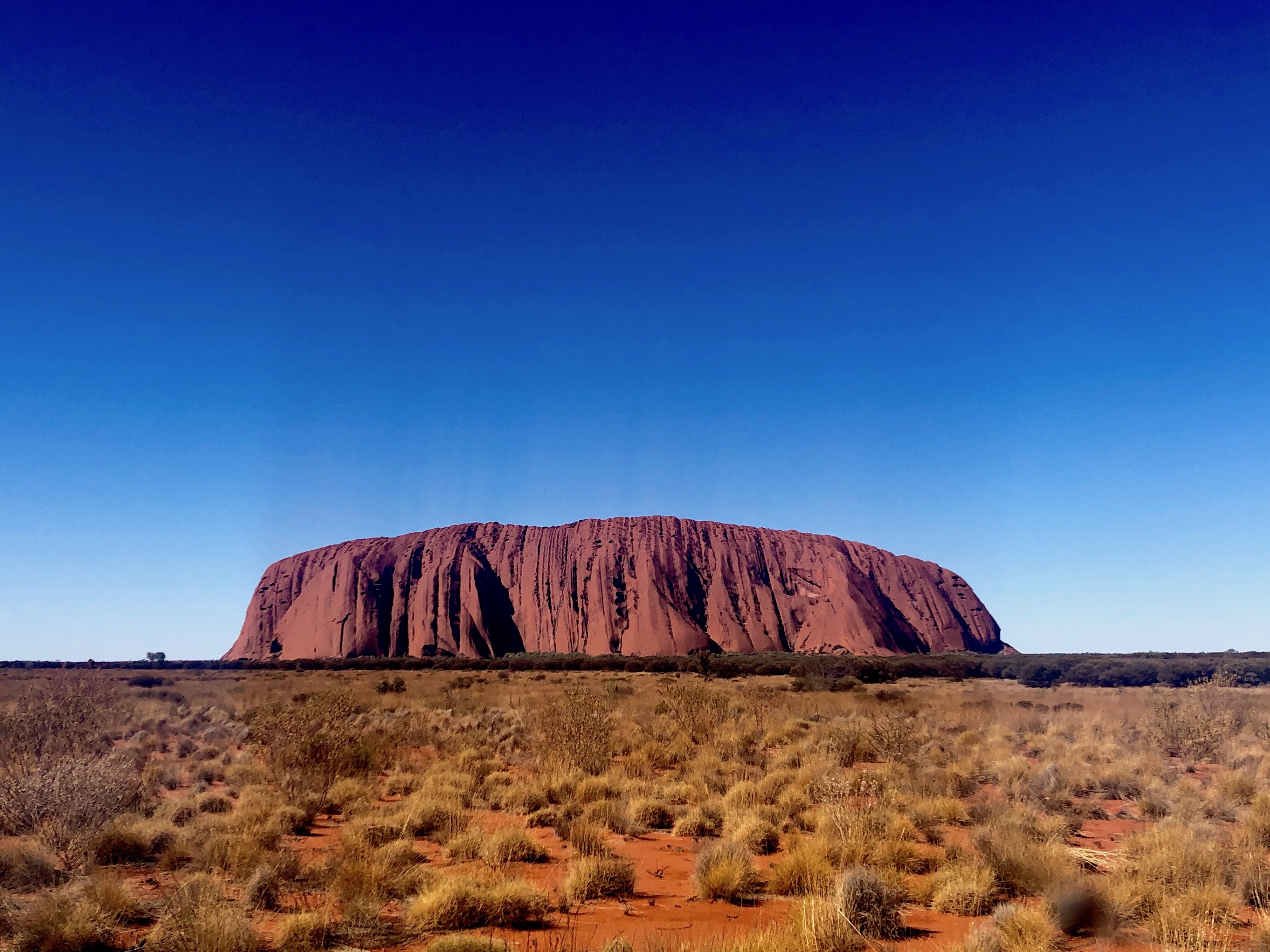 Robert Macfarlane
“Mountains, like all wildernesses, challenge our complacent conviction – so easy to lapse into – that the world has been made for humans by humans.”

In Western Tibet, a magnificent mass of rock rises up to over 22,000ft. That black rock is Mount Kailash. It is a rarely visited but hugely venerated holy site for four religions: Hinduism, Jainism, Bon and Buddhism. There are no planes, trains or buses to access the mountain and it therefore takes weeks of travel for people to reach the destination of their pilgrimage.

When they arrive, it is customary to complete a 52km circumnavigation (clockwise for Buddhists, anti-clockwise for Bon adherents) which is known as Kora, or Parikrama. It normally takes three days but can vary from one day to three weeks. This process is a journey of enlightenment and heightened consciousness. According to Sadhguru, this is the place where the most ancient of yogis put down their wisdom.

No mountaineer has ever, and for the foreseeable future, will ever, climb Mount Kailash.

In October 2019, after years of dispute, the climbing of Uluru will be banned. For the local Aboriginal people, the Anangu, this UNESCO World Heritage Centre, holds special cultural significance. It is their wish that tourists would not climb the rock as they deem it disrespectful to their culture and heritage.

Uluru itself is almost 600 million years old and on average over 100,000 people per year climb the rock. Because of the impending ban, the figure is likely to be far higher in 2019. This is despite the highly restrictive parameters being in place as to when it can be climbed based on temperature, wind speed and rain.

For the previous three days, climbing was not permitted but on 13th May, the green light was given and I went straight to the base of the climbing route.

In 1984 a British adventurer from Derby, Phill Hargreaves, spent three years exploring the world by bike. Amongst other things, it was the first expedition to cycle to Everest Base Camp. My friend Stuart, a month before, sent me a photo of Phill atop Uluru with his steel bike and oh so short shorts. The caption was simple, “Go on, I dare you.”

Edmund Hillary said, “You really climb for the hell of it.”

After a bit of asking, I gratefully found someone to look after my bags and briefly explained I was taking my bike up with me. Before I could think too much about the impending challenge – an alarming 50-degree incline lay ahead – I put Dorothy on my shoulder and headed up.

There are no aids at the beginning. The Rangers later told me they call this section “Chicken Feet” to dissuade hopeful but unsuitable potential climbers. I have to admit I was immediately quite concerned about what I had undertaken and pointedly ignored the eyeballs that were being directed my way.

Alas, I then hit the chains and felt ok. It was certainly uncomfortable but I was making good progress and noting all the comments that came my way. Here are just a few of the negatives that stood out:

“People like you are why this rock is closing.”

“There is no way in hell that you and that bike are making it to the top and back down again.” (I actually asked her to repeat this line because it gave me a nice little motivational boost.)

“Impossible, you’re an idiot. Why do you want to die?”

Despite a few criticisms, the overwhelming sentiments were positive and supportive as well as a lot of questions about why and whether I planned to ride it down again:

“You’re definitely keen for it, mate.”

“Rather you than me, good stuff.”

“Your craziness is making everyone’s day, thank you.”

“Where are you from, mate? England, course you fuckin’ are. Crazy Pommies.”

I often smiled, occasionally stopped to answer properly, but on the whole, just grimaced and continued up. I thought about that crazy guy from Derby and how he managed this in 1984…if he can do it then why can’t I?

The upper section beyond the chains felt so close but, with little scrambling sections, would have been awkward enough without the bike but a bloody nuisance with it. Finally, I reached the cairn on top and took a few photos to remember the moment. I was also the recipient of a number of other photos, often accompanied by a line such as, “People won’t believe me if I tell them.” It is a special summit.

I then headed down which was marginally easier. At the halfway point I saw two Rangers waiting and knew immediately why they were there. I tried to appear as comfortable as possible descending a particularly tricky section before introducing myself.

Formal questioning began with passport details, park certificates, motivation and justifications for my questioning. The Park Rangers, Ben and Linda, did acknowledge the difficulty, amusement and absurdity of what I was doing and I acknowledged their professionalism to respond to people’s complaints that they felt endangered.

They proceeded to follow me down and we had an amusing chit chat until the bottom. In Ben’s words, I was a “Gentleman Criminal” which is a line I was particularly proud of while warning climbers on their way up to “Avoid the most wanted man in Australia.”

I reached the bottom and was, to my surprise, greeted with a lovely round of applause and a few beers by people waiting for me. Not that I embarked on the endeavour for that sort of acknowledgement but it was an appreciated gesture.

Under the Uluru-Kata Tjuta National Park rules, however, I was in breach of 12.27 which relates to the improper use of the park. The proper use was to walk up without a bike – my claim that it’s no different to a big rucksack didn’t fly sadly. I was given the choice of a $220 fine or being removed from the National Park. Given that $220 is almost three weeks on the bike for me, I chose the latter and so sadly my time in the park was at an end and I was escorted out.

On the subject of safety: I have spent a lot of time on or around mountains over the years. I never felt unsafe on Uluru, nor did I feel I was a danger to others. Yes, it is steep and yes, I had a bike on my shoulder disrupting my balance. There is, however, a plentiful supply of hand and footholds that mean anyone with technical experience would feel totally at ease.

To be criticised by people bumsliding their way down a steep slope with white knuckles as they clung onto the chain for dear life was frankly absurd. I didn’t have a sign explaining by climbing experience, and nor did I retort to anyone on that subject. But Matthew 7:3-5 comes to mind, “Why do you look at the speck of sawdust in your brother’s eye and pay no attention to the plank in your own eye.”

For a few days after Uluru, I weighed up whether or not to share the experience on Instagram. For many, I knew it would represent an amusing example of pointless adventurism and a harmless bit of fun. For others, merely climbing Uluru would cause a lot of negativity and in the words of one person who messaged me before I got the park, by climbing it, “I would lose a lot of support and respect from many Aussies.”

As advised by others as a means of guilt-tripping, I was told to “follow my heart and conscience.” I did exactly that so appreciated the guidance.

As such, I shared my summit photo and reasoning for the climb. I was introduced to Phill, the man from the original photo in 1984 who said, “Sterling effort…enjoy the rest of your ride and always go for the less travelled route.” Plenty of other people shared similar sentiments which was pleasing.

Haters Gonna Hate though and as much as I enjoyed the positive messages, I also welcomed the well-reasoned arguments against my climb.

I was also told to pay respect to the oldest living culture in the world and not to defy them in their own backyard. Both fair comments as were others along a similar vein. The less helpful ones were those accusing me of “total ignorance”, “being culturally insensitive”, and “being a relic of British pioneers who systematically proceeded to commit genocide across a continent before endorsing a culture of inherent racism.”

The reality is that I made the decision based on a huge amount of research and many conversations with Australians. In fact, on that climb, about 90% of the people were Australians trying to take advantage of the rare opportunity to ascend Uluru before October. If I was climbing alone with many shaking heads beneath me then I would seriously be considering whether I was making the right choice; that was not the reality. The reality is that I joined a mass of people making their own ascent for their own reasons be it nationalism, egotism, challenge or adventure.

I do not think anyone I met there, or anyone who has previously stood atop Uluru, will regret having done so. It is a unique journey and one which will remain with me, regardless of the bike. The views from the top are like nothing I’ve seen before, and given the shape and location of Uluru, will likely never see again.

Climbing Uluru has been a point of controversy in both Australia and worldwide for a great many years. The decision to ban climbers from October 2019 was praised by the Anangu people.

It is deep within human nature to want to climb mountains and experience the beauty of the journey. Humans will continue to want to stand atop Uluru. Whether they are allowed in the future, nobody knows. For the next few months, it is a possibility. I have little doubt that the numbers attempting it will be record-breaking as people make their own spiritual journey to witness the magic of this special place.

I have to say a big thank you to Joe and his wife who kindly looked after my bags while I climbed up and then had a few cold beers waiting for me when I returned. So great to meet them and it was certainly an experience neither of us will forget. Another example of #kindnessofstrangers

Ralph Crawshaw “Travel has a way of stretching the mind. The stretch comes not from…