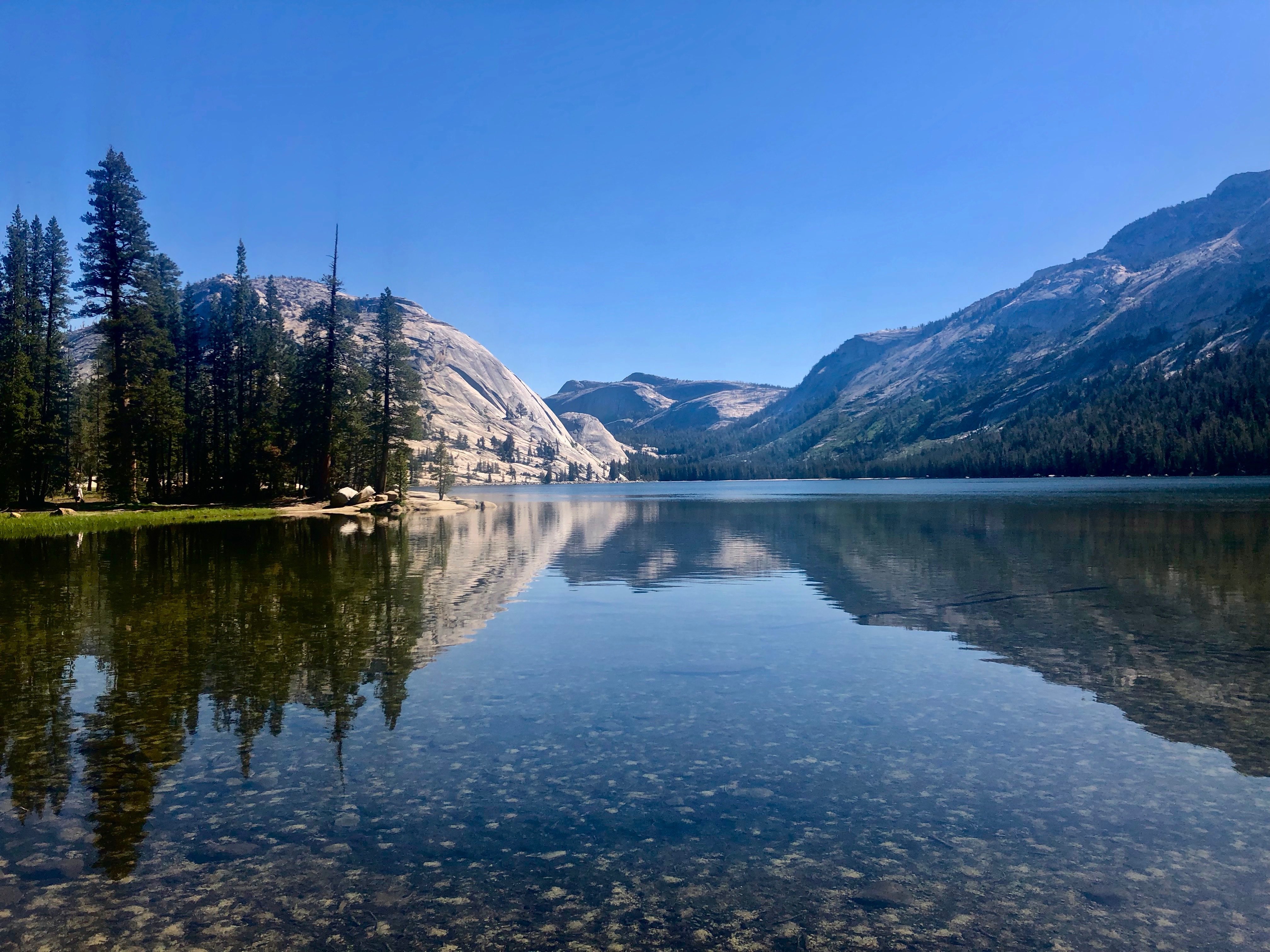 John Muir
“How glorious a greeting the sun gives the mountains! To behold this alone is worth the pains of any excursion a thousand times over.”

Why are you doing this?
What have been the highlights/lowlights?
What has been your favourite country?

As well as being asked a lot, they are questions I ponder over frequently; they’re also really tough to answer. What I’m seeking at a particular juncture of the trip shifts periodically. Sometimes it is pure adventure, other times it can be any of: challenge, cultural diversity, scenery, familiarity, escape or isolation. All those components influence my outlook and subsequent enjoyment.

Usually a high or low point can only be evaluated when made relative to a constrasting experience. A favourite country could be determined by the food, the kindness of people I came across or the scenery. As for why I’m doing this…again, it’s something that will require reflection post-cycle to give perspective.

Those are the three largest countries I have crossed on this trip to date. All three had their ups and downs both topographically and emotionally. Cycling across America is a big task, a bucket list journey for many people, that will, due to the route I am taking, be over 6,000km of pedalling.

It’s hard to draw a route across such a diverse country. I picked a start point in San Francisco and an end point in New York – two cities where I knew people and felt I understood. The in between remained a vast expanse to connect the dots. The idea of Texas, the Deep South, Nashville and the Appalachian Mountains all appealed to me for different reasons so that became the intended direction after departing from San Francisco.

San Fran is a brilliant city: liberal, iconic and characterful. Staying with my great St Andrews friend, Laura, we had a super time hiking through the impossibly vast redwoods in Muir Woods, driving in and around the city, eating well, watching the Lion King and seeing the Golden Gate in all its beauty. Thank you Laura for hosting me so generously. Time waits for nobody though, so I reluctantly loaded my panniers again and was ready to begin this huge leg.

Us cyclists can be quite picky with what we require for genuine cycling happiness. The list is extensive but can include: smooth tarmac, an expansive hard shoulder, minimal wind, warm but not hot, empathetic drivers and dramatic scenery. It shouldn’t be too much to ask really. If you throw in zero mosquitoes/flies, a mountain/lakeside camping spot and a consistent water supply then we really don’t have much to whinge about. The chances of all those happening at once are pretty slim.

Navigating out of SF and through the seemingly never-ending maze of suburbs, small connecting towns and the Facebook HQ, I was frustrated by the illogical path I was forced to take.

The first few days are always hard. Mentally I’m not “in the zone” yet and it takes time to understand the lay of the land logistically in a new country; even if it is somewhere I had visited a number of times before. A bit of time spent that evening dissecting the route ahead and the projected weather meant I immediately was thinking about alternatives.

A heatwave then arrived and it was debilitating. Temperature extremes really can deliver a spectrum of morale. I am physiologically better suited to extreme cold than extreme hot. As a general rule, I prefer hot weather cycling than cold…until it gets too hot. And when it gets too hot, well, it’s inescapable suffering.

This this was 43˚C, and, well, it was too hot! The only time I have been hotter was running Marathon des Sables back in 2016 and I didn’t cope well then either. The weather forecast said: “Sizzling sunshine; very hot; extreme heat can be dangerous for outdoor activities.” My throat felt like sandpaper, my water bottles became an unsatisfyingly warm yet essential addition and the rare spots of shade I found in this barren section of gold mining land were a total godsend. It was the hottest I’ve been this trip and the weather that depleted me the most.

A lovely couple, Alan and Michelle, stopped to give me some food and water, as did two Mexican families on consecutive days. On none of those occasions did I ask for it, I was just minding my own business but their kindness shone through beyond the unbearable heat of the day. As always, the Kindness of Strangers was a welcome boost.

I did speak to a few locals about my original route. Bar none, they all reckoned I should be heading north not south for my own enjoyment as much as a safety. As Alan said to me, “Every day is gonna be hotter than one hundred and shit for the next few months otherwise.” 100˚F is around 37˚C and he’s probably spot on. It’s not a prospect that enthused me.

What did enthuse me, however, was the prospect of Yosemite National Park. As a climber, Yosemite is the place to go and the location of the climbing movies I used to watch as a teenager, long before they became Netflix and Oscar winning successes. I’m delighted that nowadays, this formerly quite niche activity has a wider appeal and people are more attune to the skill and appeal of being outside and exploring in nature.

I know that visiting Yosemite would be an exhausting, but worthwhile, detour. It would culminate in over 3,000m of ascent in a couple of days which is punishing on the legs and means a disproportionately long time in the saddle. It also makes for mad views and electric descents.

A decent barometer for my fondness of a particular spot is the amount of occasions I’m compelled to get my camera out. Around almost every corner in Yosemite was something new, exciting and worth the time to stop and process it.

It was nature on steroids. Rivers flowed with giant misplaced boulders diverting their path. Vertical rock faces rose up out of the canopy capturing the sunlight and gaze of everyone on the valley floor. El Capitan and Half Dome, two iconic scenes in climbing history, brought tears to my eyes as their ridiculously inaccessible faces continually acted as magnets for my curious eyes. Staggeringly beautiful the whole place.

Given the relative accessibility of Yosemite Valley in California, it is a hugely crowded location. And how grateful I was to be on a bike; to be able to stop roadside where I wanted, to feel the warmth and slowly try to process the enormity of what was around me. A car, despite all its benefits, can never recreate the undiluted reality of travelling by bike. This felt special.

Yosemite Valley, despite its popularity, is only a small part of Yosemite National Park. And the only way to the eastern side of these mountains is over the highest highway pass in California and the Sierra Nevada. The pass is closed over winter due to snowfall so it was a stroke of fortune that I arrived when I did.

The dramatic monoliths had now disappeared. I was spinning away in my lowest gear and slowing gaining height. Each checkpoint would be identified by a sign: 5, 6, 7, 8, 9,000ft. Up up up. It was gorgeous for different reasons now compared with the valley below. Thinner air, less cars, more open meadows and rolling tree-filled landscapes.

Finally the kms ran out and the road began to drop away instead of rise up. This was the top of Tioga Pass at 9,945ft/3,031m.

Summits are a discernible point. They represent, assuming you’ve got there under your own steam, the culmination of effort and fortitude. Descending on a mountaineering expedition is full of lethargy and danger. Descending on a bike is full of exhilaration; and perhaps a dash of danger as well. I knew a steep 1,000m of sweeping bends and smooth asphalt awaited. The excitement of that kept me motivated and it did not disappoint.

Stay low on the handlebars, lean into the corners, trust the bike and trust yourself. It’s nervy going full throttle downhill on a bike but the total focus required means it is an adrenaline rush that will continue to enthuse me as much now as it did when I was a kid on my first mountain bike.

A new phase was clearly upon me as I reached flatter ground. My original route looked at me forebodingly as it headed east beyond Mono Lake. Dry and desolate, unwelcoming and unforgiving. I knew I had made the right choice as soon as I turned left and began north.

So into Nevada I went and was welcomed by a casino within a few hundred metres. I entered Carson Valley and greatly appreciated their tagline of: “Rugged. Relaxed. Reachable.” Long ups and downs continued to test me but I had given myself a new checkpoint to aim towards and was not far off it.

I had messaged an old climbing buddy, David, a few days before. I knew he lived by Lake Tahoe and wondered if he was about. David was one of my teammates from Carstensz Pyramid in March 2011 and the opportunity to combine another visit to an old friend was too good to pass up. Serendipity once again.

Lake Tahoe is one of those places in the USA that I had heard of, seen pictures of friends visiting but didn’t think I would be able to visit on this adventure. Plans change, however, and with that comes opportunity. I sweated my way up the final mountain pass and could then appreciate my surroundings once more, drop down through the trees and bask in the glory as I rode alongside Lake Tahoe.

I then knocked on the door of a new home, in a new town and in a new state. Instead of another new face and another trivial encounter, it was the familiar feeling of a friendly smile and a hugely welcoming family. Relaxing on the beach, good food, an excellent school theatre performance of Cinderella and a feeling of genuine warmth has been wholly present in my time here. David, Catherine, Devon Rose and Hutton, thank you.

With the sun glistening off a perfectly still body of water on Lake Tahoe, it was an ideal finale to this first phase of my ride across America. It was not part of my plan. As I said in my last post, plans have a tendency to change; it is the planning phase that allows for clarity of thought.

America has matched some expectations so far and surprised me in other ways. I will be able to give a greater insight in due course so will refrain for now. Either way, I think my new route ahead to Yellowstone, Wyoming, South Dakota, Iowa and Chicago is one that should give me everything I want from crossing this great country.

How to write your first book

Steve Jobs “Your time is limited, so don’t waste it living someone else’s life. Don’t…

Eckhart Tolle “If your destination, or the steps you are going to take in the…