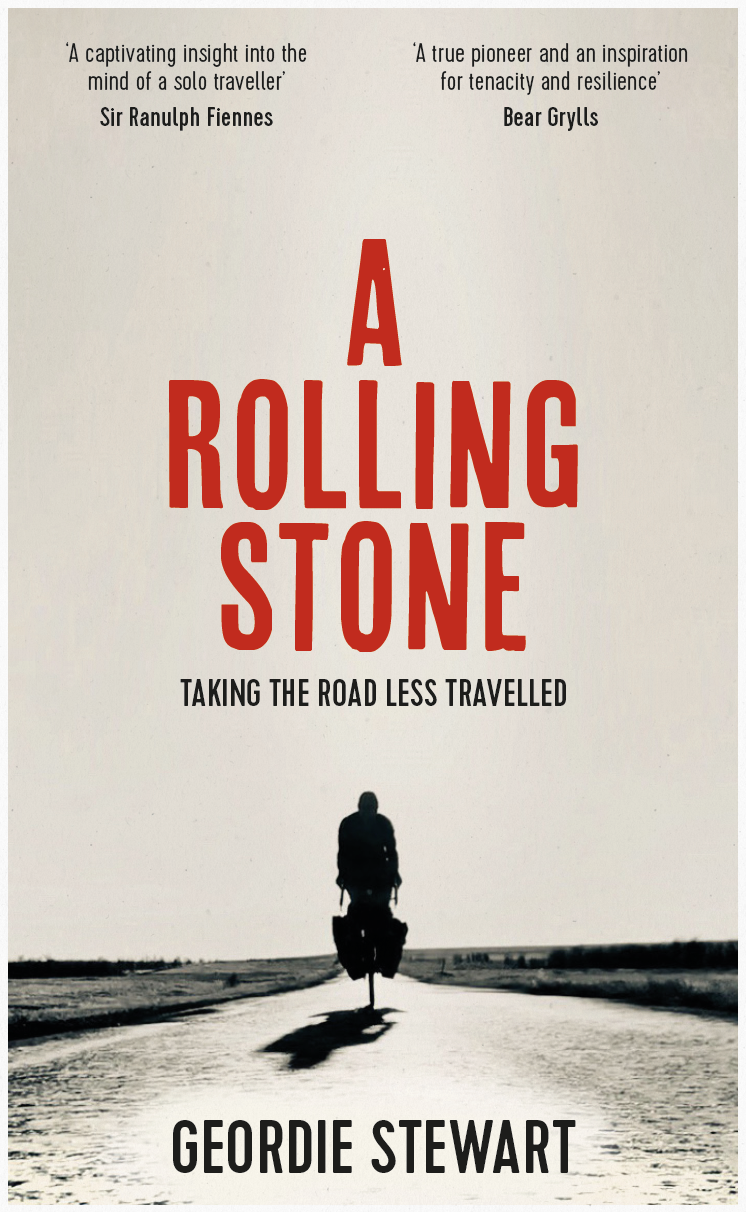 Geordie Stewart left his home and his job in the army to cycle across Europe and Asia. Alone on a bike, he experienced freedom and isolation travelling across open deserts and through a vicious Siberian winter.

His journey took him 13,000 miles, but this isn’t a story of the number of miles ridden. It’s about choosing an unfamiliar path which led him to discover and confront previously unknown truths. It’s a story of people met and insights gained, whether from friends in Europe, farmers in Kazakhstan or the police in rural China. It’s about the impact of feeling humbled, saddened, angry and amused on the road.

Above all, it’s about what life is really like on a bike without a home: a rolling stone.

‘I haven’t come across a journey like this before. Choosing the unfamiliar path is risky but with that comes great insights and rewards. A Rolling Stone is a captivating insight into the mind of a solo traveller. A courageous and bold endeavour.’

‘A true pioneer and an inspiration for tenacity and resilience.’

#101Lessons 7️⃣0️⃣ You will get soaked wh

#101LessonsLearned 6️⃣9️⃣ The politics and