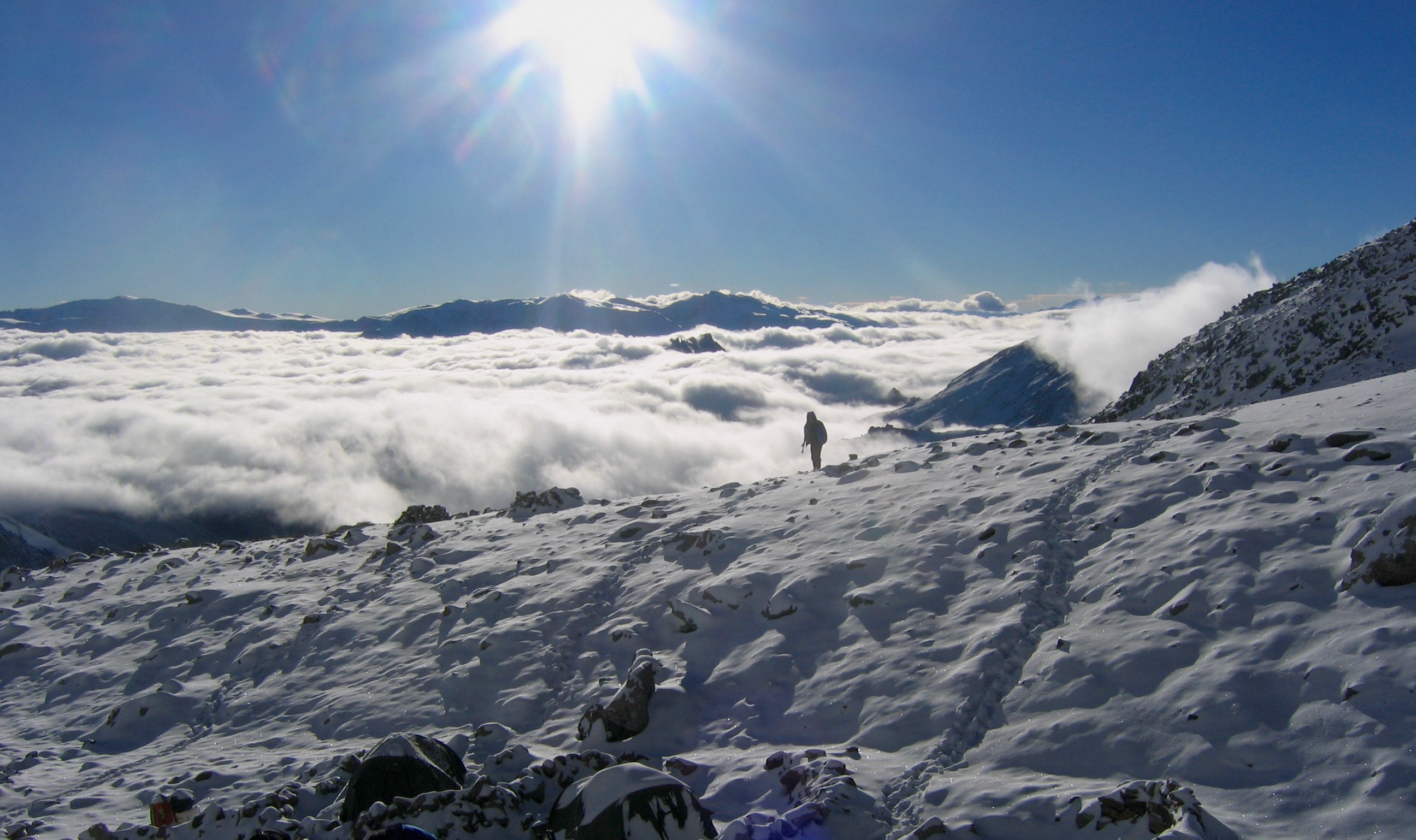 Being on the side of a mountain always makes me happy. Okay, sometimes it’s in a reflective “Type 2″ fun kind of way, but it’s still worth it. But how do you get there, to the start of an expedition in the Lake District, Highlands or Himalayas?

Everyone has their own approaches. Here are a few thoughts that I hope might help to get you going, or at least think about getting going.

We’re all inspired by different things. For me, it was a book, but equally, it could be a film, article, conversation or lecture you attended.

All these great exploratory endeavours happened because someone felt compelled to make it happen. Don’t be constrained by what you think you can achieve; we’re all allowed to dream.

It might appear romantic and idealistic advice but it remains true. That vision, however, in no way guarantees completion. But it’s a start.

Sometimes we look at big ambitions we’ve dreamed of and realise it simply isn’t possible. Sadly, I won’t be lining up on the Formula 1 grid anytime soon.

Read articles online, buy books and speak to people in that arena. You’ll then be able to work out what is and is not feasible. People are willing to help and they’ll empathise with you. At some stage they were in the same position: ambitious, inexperienced and willing to learn.

I loved the idea of Everest, and subsequently the Seven Summits, because something about it struck a chord. It was only after a bit of research that I believed it might be possible.

This is always a scary step.

Coming up with a good idea is one thing but bringing that to fruition is another. I often find that one very simple way of tying me down to a plan is paying a deposit or booking a flight that negates my chances of finding excuses not to do something.

Once you have a departure date then you can start to work towards it.

Another way of ensuring your plan gets off the ground is to tell people about it.

I felt my plan was quite rash so never let people into the wider aim. I did, however, tell people about my next expedition. This kept me motivated and brought other people along with me on the journey. These trips can be done solo, of course, but it’s a joy to bring other people with you either physically or emotionally. You never know when you might need to call on their support.

People will doubt you, question you and say it isn’t possible. That’s fine, let them.

Use that negative energy as extra motivation. Use their doubts and fears as little psychological boosts when it’s hard either in preparation for the trip or when you’re on it.

You will probably have to make sacrifices along the way be it financial, social or personal.

Be willing to make those sacrifices, be willing to follow through with your ambition because nobody is going to do it for you. Work hard, book more shifts and for longer hours. Save money. Make sacrifices.

True commitment is following through with something long after the mood you said it in has passed.

Buy the right kit and equipment, get training and mentally understand what you’re about to undertake.

I cobbled together some woefully unsuitable kit for my first expedition. It was not the recommended approach but it was enough. It was enough to get me on the expedition and to give it a shot. I learned a lot from my pre-expedition mistakes, especially the early ones, but that’s all part of the journey.

As my first guide told me, ‘Hope for the best, prepare for the worst.’

This is the fun part. This is why humans love to dream and love to plan, for the exhilarating moment when we know it’s happening and that the sacrifices and hard work to get there were worth it.

Being there, at the base of a mountain, at the source of a river, on a twin otter through the jungle; that’s why we do Steps 1-6.