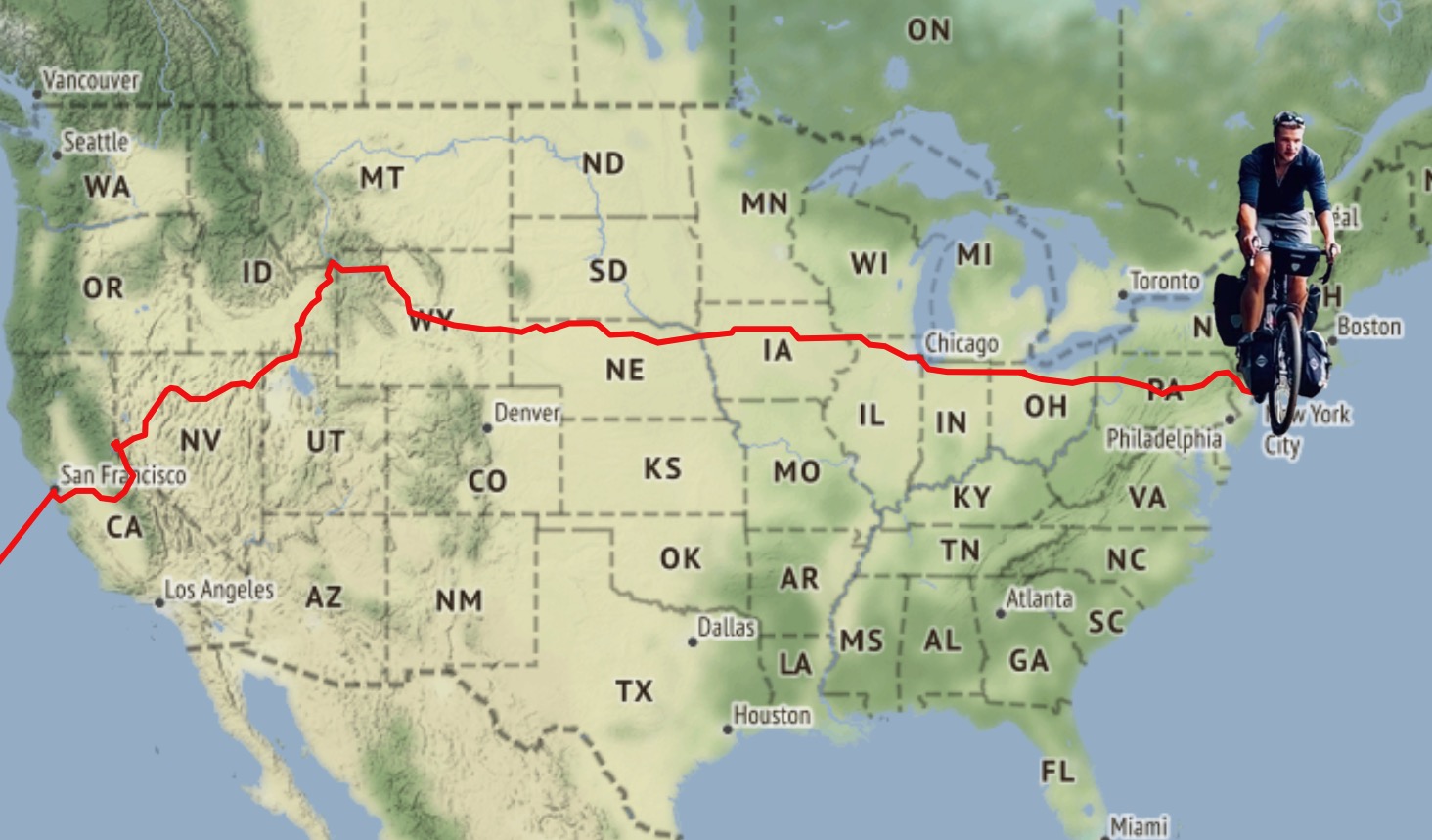 If you’re anything like me, there’s a fascination with rewinding the clock when it comes to expeditions. That means there is both envy at the pioneering element of their achievements and bewilderment how they managed to do it. Their technology and clothing were the best at the time but, for example, the oxygen systems Mallory used on Everest in the 1920s were different to what Hillary used in the 1950s, different to what I used in 2010, which is different again to what is being used now. The same applies to clothing in terms of thermal efficiency and weight and logistics in terms of speed and cost.

Saying that, if you’re crossing Antarctica or climbing Everest, regardless of the equipment you’re using, it still requires you to actually take those steps. If you’re riding a bike around the world, nobody else is going to spin those pedals. But there are some inescapable differences. Check out Annie Londonderry for an example of cycle touring in the late 19th century. And then me who did it only 15 years later.

I was selective with what tech I used but there is no escaping the importance of phones in our lives today. For cycle tourers, therefore, there are a few no-brainers to make your life more informed and easier in the knowledge that, regardless of whether you have a phone with you or not, unknowns will still become your norm.

Other tourers will have more extensive lists with different budgets but below are the apps I used that I hope might assist in your own planning.

Maps.me: Offline mapping. In terms of navigation, this is what almost every cycle tourer use. Download the countries you’re visiting in advance. Maps.me is great because it doesn’t use data which is a valuable resource. I wouldn’t trust it 100% though; it was overly cautious about any sort of non-minor road and the cycle setting could take you on some wacky detours

Google Maps: Useful as a comparison. Good as well for satellite views. When I had data (oh, the luxury), this was probably the one I used most.

Google Translate: Download the countries you’re visiting in advance. You’ll get some stuff wrong but it’ll save a lot of time. Always good to learn some words/phrases in the country you’re in though.

Btraced: Best tracking app there is and worth it for you to see your progress and loved ones back home who might be wondering where you are. You can ‘ping’ your location whenever you want or have it permanently switched on.

ZeroSixZero: The best mapping for your expedition (and what the photo above is from). Superb when used in conjunction with Btraced.

WhatsApp: Ask me if you want to know about the world cycling WhatsApp group. It’s a truly amazing community!

Dropbox: Just in case you’re in a part of a country where the police have a tendency to delete photos on your phone, it’s quite handy to upload them automatically onto Dropbox.

Podcasts: To keep you informed and sane.

Kindle: Because books are great but heavy to carry around.

Audible: See above about books. Audiobooks and cycling in deserts are a winning combination.

Touchnote: Easiest way to send postcards while away.

VPN: Essential for some places.

Accuweather/YR.no/Met Office: Weather forecasts are key. As much for mental preparation as kit preparation and how accessible to make that sun cream/waterproof jacket. Take your pick, everyone has their own preference.

Windy: You’ll become obsessed with wind direction and speed; it’s almost impossible not to be. With Windy, you can zoom right into where you’re going to be and get all the metrics you can possibly want.

ViewRanger: Stand on top of a mountain and it’ll tell you what you’re looking at with labels.

Night Sky/SkyView: If, like me, you end up gazing at the stars every night outside your tent and have no idea what they are.

Warmshowers: Simply amazing. You’ll meet great people and be constantly amazed at the hospitality of others.

Couchsurfing: Alternative to Warmshowers but not exclusively for cyclists. I never actually used it but some do.

Airbnb: Everyone travels in their own way. On previous trips, I’ve used Air BnB a lot. When alone on this one, I didn’t.

Hostelworld: Same as for Air BnB.

Booking.com: To get a visa for some countries, you need an itinerary with proof of booking. This is obviously tricky for a camping cycle tourer with little funds. You can reserve something on booking.com for nothing and then cancel it immediately after. Of course, I would never endorse such a thing but it’s an option. It can also be handy, as with Hostelworld and Airbnb, to get a cheap room at late notice.

Skyscanner: When it’s all gets too much, have a browse … and then get back on your bike : )

Revolut: Or an equivalent. What you’re after is a simple to use, mobile-friendly bank that doesn’t charge for use abroad. Revolut was pretty slick.

XE: You might be hopping over borders a lot and can’t remember the pound/US dollar/Aus dollar/NZ dollar/euro etc exchange rate.