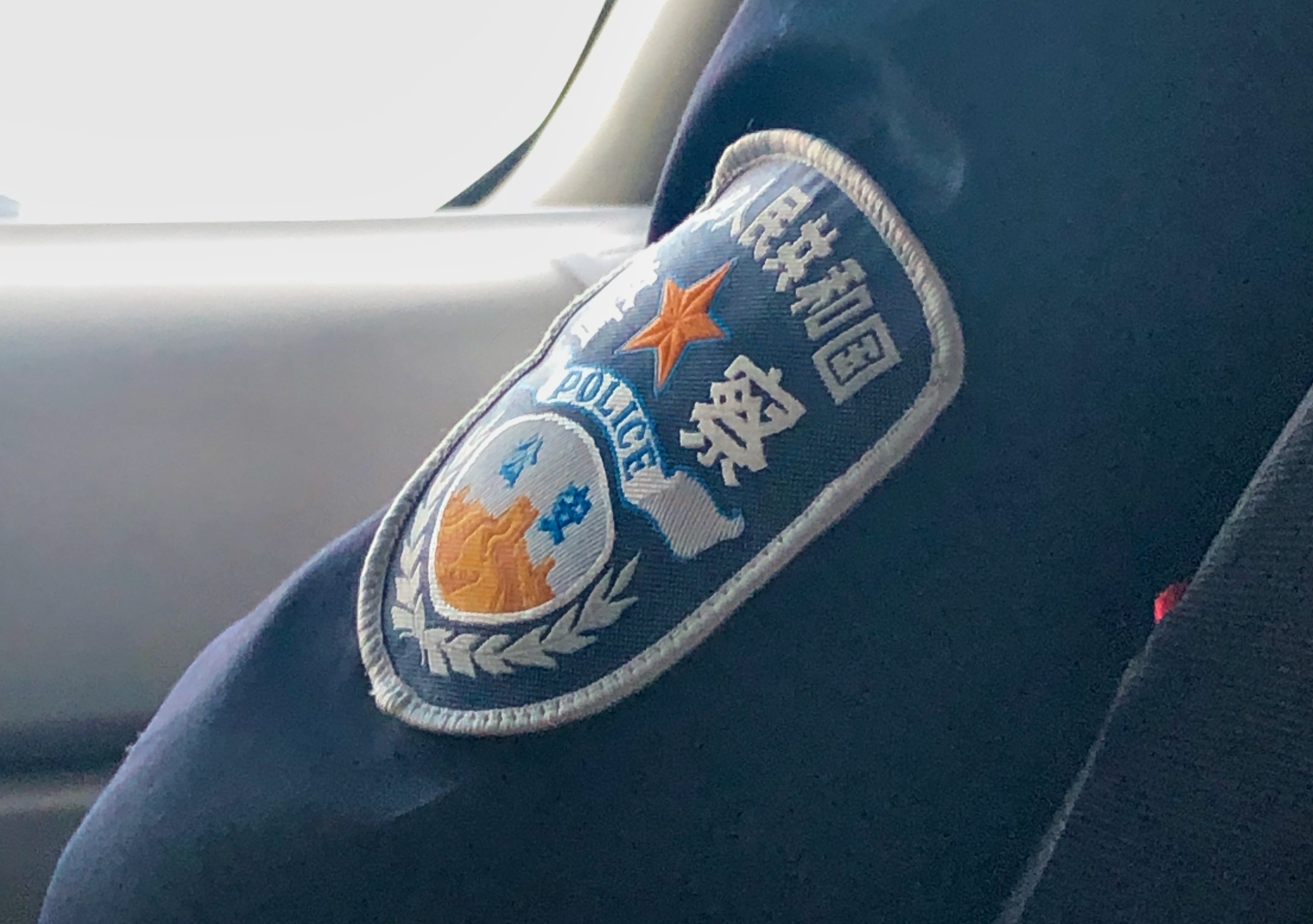 I cycled across Xinjiang in winter 2018. This article first featured on www.unherd.com in June 2019.

WHAT I LEARNED ABOUT FREEDOM IN XINJIANG

“Hello, Mr Stewart, we are from Chinese Internal Affairs. Can we have a conversation downstairs in ten minutes?”

It wasn’t a question.

The call came as I was attempting to cycle through Xinjiang, China’s largest province. It was unlike anywhere else I’d encountered on my 7,000-mile journey from London: a surveillance state that makes neighbouring Kazakhstan seem liberated. I’d come looking for adventure, and in return had been detained at border control in Tasheng for eight hours. There is no such thing as adventure, I was to learn, in Xinjiang.

I had known this part of the trip would throw up complications. Xinjiang is both a flagship province for China’s Belt and Road Initiative and a place where persecution of the Muslim Uighur population has been going on for decades. But I hadn’t anticipated quite the level of harassment that would greet me.

Just getting in was a logistical nightmare. On arrival, my bike and passport were confiscated, my phone and laptop all but dismantled. The authorities conducted a politely-worded interrogation in which the deal was that I bared my soul in exchange for a cup of tea, a biscuit and five cigarettes – as well as entry to China. I complied, of course.

When I was finally “released”, I was escorted to a local hotel under strict instructions not to cycle anywhere. It was there that I was startled from my sleep with that phone call at sunrise.

It was only one of at least ten similar “conversations” I’d have with police and plain-clothed officers over my 24 hours in the town. We managed to communicate through a combination of interpreter and Google translate as they tried to decipher my motivation for arriving at the border on my bike. They knew I’d been in the army, which doubtless roused their suspicions. And they were particularly interested to discover that I had studied history at university.

Was I was interested in Chinese history and culture, they asked; had I come to Xinjiang to learn about the Uighurs? “Who is Uighur?” I replied in an attempt to allay further suspicion. It worked: they dropped the line of questioning and moved on.

I knew, of course, that the Uighurs were the reason for the immense surveillance in the region. When Xinjiang Uighur Autonomous Region was incorporated into the People’s Republic of China in 1949, the Uighur, a Turkic people, comprised roughly 80% of the region’s population. The subsequent controlled migration of Han Chinese reduced this share to 45%. But the Uighurs, who are predominantly Muslim, regard Xinjiang as theirs because they have lived in it for thousands of years. The Han Chinese, however, consider it to be their own because they have built their own modern economy in its deserts and mountains.

Inevitably, there was tension. And worse. The bloody inter-ethnic violence in the capital, Urumqi, in 2009, sent the government’s repressive tendencies into overdrive. These gradually ramped up. And then, with the appointment of a new Party Secretary – Chen Quanguo, a Communist Party enforcer previously in Tibet – the provincial government vastly increased the money and effort it put into controlling the activities, and patrolling the beliefs, of the Uighur population. So-called “Regulations on De-extremification” were adopted in March 2017. It was, said Beijing, an attempt to stabilise the region and necessary to quell Islamism.

The Muslim purge is unremitting. In Urumqi, the remaining mosques have had their minarets knocked down and their Islamic crescents torn off. Muslim names are no longer allowed to be given to children. The Uighur-language is vanishing from schools; dancing after prayers and specific Uighur wedding ceremonies and funerary rites are prohibited.

You don’t even have to be living in Xinjiang to be suffering from the effects of the oppression. Yuan is a 55-year-old Uighur mother of three whom I met on my way to China while in Kazakhstan. In 2012, she and her family tried to leave Western Xinjiang, where they had lived for generations. Her passport was removed at the border by officials, who seized her and separated her from her family. She has not seen them since.

As part of their move to “stabilise the region”, the Chinese government introduced “vocational training centres” to rehabilitate the Muslim population by way of forced integration on subjects such as culture, language and “political awareness”. Yuan suspects this is where her family are living now. She can’t know for sure and she will probably never find out. None of her acquaintances still in Xinjiang can risk being seen to be seeking information. It is estimated, however, that the total internment numbers 1.5 million people. Adrian Zenz, a lecturer in social research methods at the European School of Culture and Theology in Germany, who helped expose the camps, has said that there is virtually no Uighur family without one or more members in such detention. Very little intelligence is allowed to filter out.

Xinjiang’s swift response to threats of terrorism, on the other hand, is a source of great local pride. It stands at under one minute. When I wandered outside my hotel in Tacheng to have a smoke, the same plain-clothed policeman who had questioned me when I first arrived came over to check on me within those 60 seconds. Then, when I went for a half-hour stroll, my passport was requested five times.

Nowhere in the world, not even in North Korea, is the population monitored this closely. According to Zenz, the provincial government has recruited more than 90,000 police officers in the past two years alone ­– twice as many as it recruited in the previous seven years. There are now about 500 police officers for every 100,000 inhabitants.

Throughout the border town, blue and red flashing lights indicated a near-constant police presence. Uniformed men monitored citizens from behind steel-grated police shelters on every street corner. Surveillance here is total. If it’s not the police, it is the cameras, facial-recognition software and fingerprint scanners following you. One Chinese company is reportedly tracking up to 2.5 million residents in Xinjiang across 6.7 million location points daily.

The distrust and scrutiny is overwhelming. Even after I was allowed on my way, I was still under constant watch. If I veered off the motorway in search of adventure down a snowy trail, I’d be sure to hear the horn of police van behind me shortly after. Each time, I’d be asked for my passport and escorted back to where I could be watched. As a lone cyclist, I was used to camping in discreet locations. But this was frowned upon in Xinjiang. The police demand to know where you’re staying every night. I hated being tracked, so the only alternative was a motorway bridge. Although they had an idea of where I was, my unpredictable movements made me hard to track. In my own way, I was fighting the system and exercising the freedom limited to me otherwise.

It was about the same time that I lost access to the internet and the VPNs I needed to leap China’s Great Firewall. I couldn’t even make phone calls. Had I become too vociferous in my criticisms of Xinjiang on Instagram? Or perhaps it was because at this point in the journey, instead of the usual barbed wire lining the motorway, there were vast stretches of 10ft-high wall. I was passing one of the “Vocational Skills Education and Training Centres” that the authorities are so obfuscatory about and which could number anything up to 1,200.

Pedalling away in the sub-zero cold, though, I had a feeling that a very different story from the official one China tells was playing out behind those walls. In October, the state broadcaster, CCTV, featured a 15-minute profile of life in one of them. The impression given was of a summer camp, with balloons in the cafeteria and students playing table tennis, folk dancing and learning skills such as hairdressing and carpentry.

“It is not mistreatment,” says Li Xiaojun, the director for publicity at the Bureau of Human Rights Affairs of the State Council Information Office. “If you do not say it’s the best way, maybe it’s the necessary way to deal with Islamic or religious extremism, because the West has failed in doing so. Look at Belgium, look at Paris, look at some other European countries. You have failed.”

Last February the region’s deputy governor, Erkin Tuniyaz, said: “Xinjiang’s counter-terrorism and de-extremism efforts have created a new way to solve the symptoms and root cause of the difficult global issue of counter-terrorism, and are worthy of praise.”

Neither mentioned the political indoctrination and abuse that former detainees have talked about. All seem complicit in the enforcement of an information blackout about the crackdown.

And the crackdown is relentless. When on the road in Xinjiang, I would be stopped by the police at least five times a day. They would demand to see my phone, delete photos, take my details. A lone British traveller on a bike in the middle of winter was clearly bewildering. Even so, in Kazakhstan, which was also a politically sensitive region, I had friendly conversations with the few police I encountered. I had none in Xinjiang.

When I left the surveillance state, the tracking seemed to cease. I scarcely encountered another authority figure for the rest of my time in China. But even though the outright harassment had ceased, it was hard to shake off a lingering unease. I had left the UK to escape from the linear direction my life had taken. I cycled from familiar shores to explore the unfiltered reality of life on the road. Along the way, I was humbled by the hospitality of strangers. But what I found most humbling was to contrast the freedom of my supposed linear life with the oppression I saw in Xinjiang.

If you want to read more about this subject then here are some recommended articles, videos and insights that I hope you might find interesting and informative. All these have come out since my ride across Xinjiang.

US House passes bill over treatment of Uighurs

Battered but Resilient After China’s Crackdown

How China Tracked Detainees and Their Families

The Karakax list: how China targets Uighurs in Xinjiang

Fear and oppression in Xinjiang: China’s war on Uighur culture

The Fate Of Uighur Muslims In China

This error message is only visible to WordPress admins

There has been a problem with your Instagram Feed.
ARCHIVE