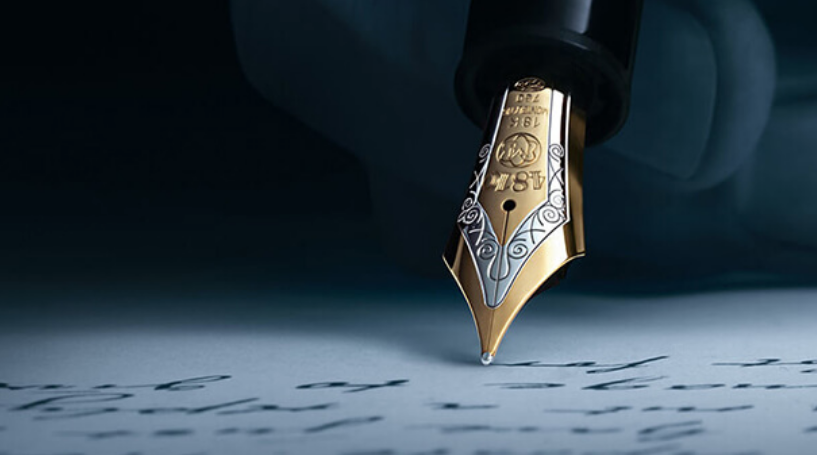 Steve Jobs
“Your time is limited, so don’t waste it living someone else’s life. Don’t let the noise of others’ opinions drown out your own inner voice.”

I will caveat this by saying everyone has their own approach to putting their thoughts down on paper. Everyone has their own methods to sit and write. I’ve only written one book, and it isn’t even published yet, so I actually know very little about this process. But I have managed to sit down and tap away enough, think infinite monkey theorem, to have written a book.

While at university, I was intrigued how different people tackled their big academic assignments. Some diligently read every day, wrote out their ideas, were disciplined in their timings, met their deadlines and methodically covered what they needed. Others, however, were haphazard procrastinators, who waited and waited until the last safe moment. They then launched into a caffeine-fueled frenzy and exhausted themselves before marvelling at their own efficiency, and regretting the delayed start.

After reading this, you will probably see which category I was in, and how my mind works. I have tried to list the process below about what I did, and how it might work for you.

I think that everyone has a book in them. I don’t mean everyone is going to write a book but the ideas are circling in your head. At some stage, we’ve probably endured love, loss, hardship and personal challenge. What that means is that we all have life experiences that could enable us to write. Whether that story sells or not is a different matter, and frankly, I can’t advise much because my book isn’t even on Amazon yet.

Some have wonderfully creative minds that facilitate a fictionalised story and let their imagination run wild. Some write fiction loosely based on their own experiences while others share their own life story. See my post on Why I Wrote In Search of Sisu to understand my reasoning.

I decided to start after reading my friend Charlie Walker’s book, Through Sand and Snow. I loved his honesty and openness which made me realise what I needed to do. My idea was obviously based on my Seven Summits attempt. I could have written the book when I was 22 but back then I was not ready to share a lot of the content. The real idea was the stuff I had not written about in blogs or spoken about in lectures. They were the things going on between my ears and that was what I really wanted to convey.

The hard bit. You don’t just sit down a write a book. You write the first line. You then probably delete it about ten times, because you feel it needs to be memorable, before writing a few more sentences. Sentences turn into paragraphs before you come to a natural break and you’re ready to begin Chapter 2.

But you need to start. Forget holding your book for the first time, forget Amazon, forget Waterstones and forget that review in the Sunday Times. At some point, you need to open your laptop and start tapping away. It will probably be utter crap…or at least mine was. It slightly pains, and amuses, me seeing my first draft of In Search of Sisu because I didn’t really know where I was going with it. I didn’t really tell anyone what I was doing. I just sat on a yoga ball after Christmas in 2017 and clicked ‘New Document’ on Word.

I’ve heard quite a few people say to me, ‘I’d love to write a book’. You’ve clearly thought about it, and have an idea, so why not just go for it. The worst that can happen is that you get a few chapters in and realise you don’t want to continue. I’m extremely confident that you won’t regret making a start. Literally nobody is stopping you from becoming an author other than yourself.

Writing is a journey. It’s a potentially very rewarding and challenging one, but it doesn’t happen overnight. It takes many hours, and a lot of time alone, in front of a screen.

a. Forget the overall story arc for the book and forget the intricate character development – that can all come later. Focus on just getting it down. Write write write and ignore how good it is. Nobody is looking over your shoulder or asking to proofread it just yet.

b. Discover the approach that works best for you. There is no right or wrong method and don’t feel constrained by a timeline you’ve set yourself.

Option A: I’ve spoken to people who have written similar length books to mine and took years over it. They methodically wrote x many words/day, wrote for one hour before work and two after work every day.

Option B: For those that know me, it will come as little surprise that I went at it from the other end of the spectrum – full throttle and totally obsessive. I started writing In Search of Sisu on 27 December 2017 and finished my first draft, 90,000 words, on 11 January 2018 – 2 weeks later.

It was a pretty intense couple of weeks. I felt emotionally quite drained at times, as much as physically. I wanted to lay my cards on the table to give a real account of that period of my life. The nature of how I wrote it meant it was also a wholly immersive experience. I needed to rewind the clock to being a teenager again. I needed to place myself back in my garden at home after I didn’t summit in 2010. I didn’t want to write with rose-tinted glasses. I wanted to relive the highs and lows. I wanted to transfer the full spectrum of emotions onto paper.

HOW I ACTUALLY WROTE IT

a. I almost always put my headphones on. I never actually listened to music while writing but it symbolised to myself I was in writing mode.

b. Find a suitable location. In reality, that was anywhere for me, starting on Mum’s yoga ball in Hampshire. A lot was in an armchair in Dad’s living room in Edinburgh. Bits were sat at a desk in my room, others in the office (sorry Tony) and the rest lying on my bed in the late hours when I couldn’t switch my mind off.

c. Use whatever filters you need. I did the same thing at St Andrews when I left a deadline until the last minute, which is a programme called SelfControl. It blocks internet pages you might be tempted by eg. BBC Sport, Sky Sports, Strava, Facebook, Instagram etc so you are left without a choice but to write.

d. The big Cs: Coffee and Cigarettes. I was wired on caffeine a lot of the time which kept my mind buzzing. I would write intensively for an hour or so and then need a break and a cigarette (terrible habit I know). It was a way of getting up, being outside, reflecting and then getting back to it.

e. Have a non-judgmental person you trust nearby. It was useful having someone listen to my mindless musings on a break sometimes. That’s not the same as sharing the story with them but rather listening and giving encouragement. An unenviable role but one that was hugely appreciated. You know who you are…thank you!!

f. Finally, stay motivated! Writing can be a lonely process. You’ll wonder how the hell you’re going to get enough words. You’ll probably want to click delete, and probably want to give up. Please don’t. Please keep going and please keep tapping away. You’ll never regret it.