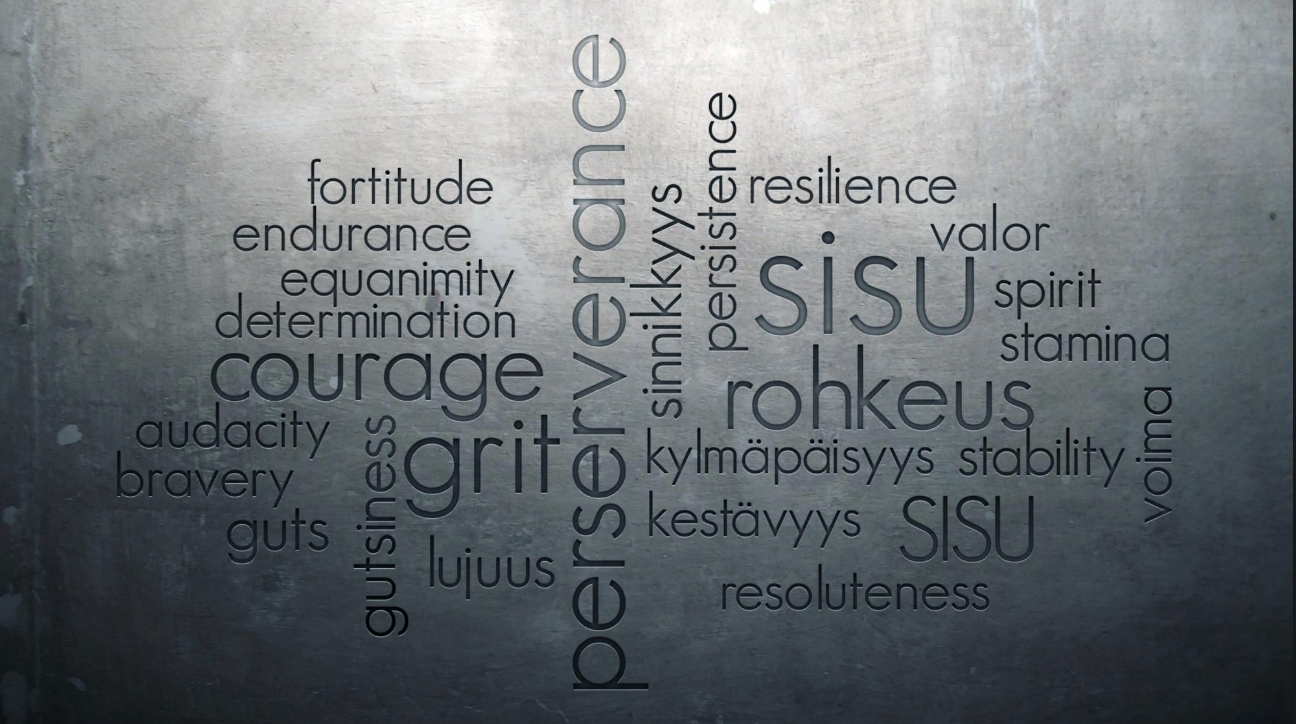 Emelia Lahti
“You don’t see a silver lining but you jump into the storm anyway.”

Sisu is one of those wonderful Scandinavian words that cannot be directly translated into the English language. It is deeply ingrained into Finnish culture and national psyche from a young age.

It roughly translates as grit, determination, courage and resilience.

Sisu is much more than that though. It is more of a philosophy or mindset. It is a perspective on the world that is not just limited to enduring and showing willpower.

On 30 November 1939, the Soviet Union declared war on Finland.

With a total population of only 4 million people, and having only declared independence 22 years previously, it was fair to say the odds were against the Finns. Their opponent had 2.5 million soldiers, 1/3 of which were heading over the border.

Within 6 months, the Soviet Union and Finland signed a peace treaty and the Winter War was at an end. But how?

This was a tactical masterclass in terms of maximising strength versus an opponent’s weakness in some brutal conditions. However, that masterclass was not just about mastering the physical landscape but also the mental approach to warfare.

It was about what the British Army now call “The Moral Component” to fighting capability: the people.

For the Finns, their victory was because of sisu, something they have identified with for over 500 years. As reported in a New York Times article in 1940, “the ability to keep fighting after most people would have quit, and to fight with the will to win. The Finns translate sisu as the ‘the Finnish spirit’, but it is a much more gutful word than that.”

IS IT LIMITED TO FINLAND

Although originating from Finland, Sisu is not limited to this small Scandinavian country. As Joanna Nylund (author of the beautiful book, Sisu: The Finnish Art of Courage) told me, “The advantage that we Finns have lies in having identified the concept – it allows us to tap into it more easily. Now it’s up to anyone else to discover and embrace it for themselves.”

It is unique to Finland in that Finns feel total affinity and alignment with sisu in an understated and proud way. It is an ever-present that is often represented in action rather than discussion. It is a sub-conscious understanding that does not require a declaration when it is identified. They say Finns have it pretty much before they can walk or talk and that you cannot understand Finns until you understand sisu.

In my mind, it is a character trait within all of us. We all have elements of sisu. We often all display examples of sisu, we just don’t have the word to describe it.

JUMPING INTO THE STORM

Emilia Lahti, who did an amazing TED talk on the subject (well worth watching) said, “It is striving over extraordinary difficulties and having extraordinary courage in the face of adversity.”

Adversity is something we’ve all encountered. Adversity in the workplace, in our relationships, on our travels, with our mental health and on big expeditions. Sisu is within all of us but it really comes into its own when we are under pressure.

When we are seemingly at the end of our physical and mental capacity, that is when sisu comes knocking on the door. It pushes us beyond our perceived limits and shows there is much more to us than what meets the eye initially.

Joanna says, “Comfort zones are healthy, we need challenges in order to flourish. Sisu is rarely needed within the comfort zones, but comes into play as we venture outside of it.”

Everyone has their own comfort zone, a boundary established beyond which we might need sisu. However, within our comfort zone, our body and mind is not stretched fully. It is within itself and, as such, there is no need for sisu. Having the courage to venture into something, anything, with gusto and determination is sisu. Acknowledging your own fears, vulnerability and reservations, but continuing on regardless, is sisu.

In Emilia’s words, “You don’t see a silver lining but you jump into the storm anyway.”

WHAT DOES SISU MEAN TO ME?

I’ll write another article on this in due course. Although it is a trait within all of us, we all need to tap into sisu at different times in our lives and for different reasons.

Sisu is not just about physical endurance and suffering in extreme environments. Sisu can be about the psychological battle we have away from those harsh and relentless conditions. It is the unseen battle that goes on in our own minds.

Joanna and Emilia are the people when it comes to sisu. I love their work and I highly recommend having a read/watch if you want to know more.